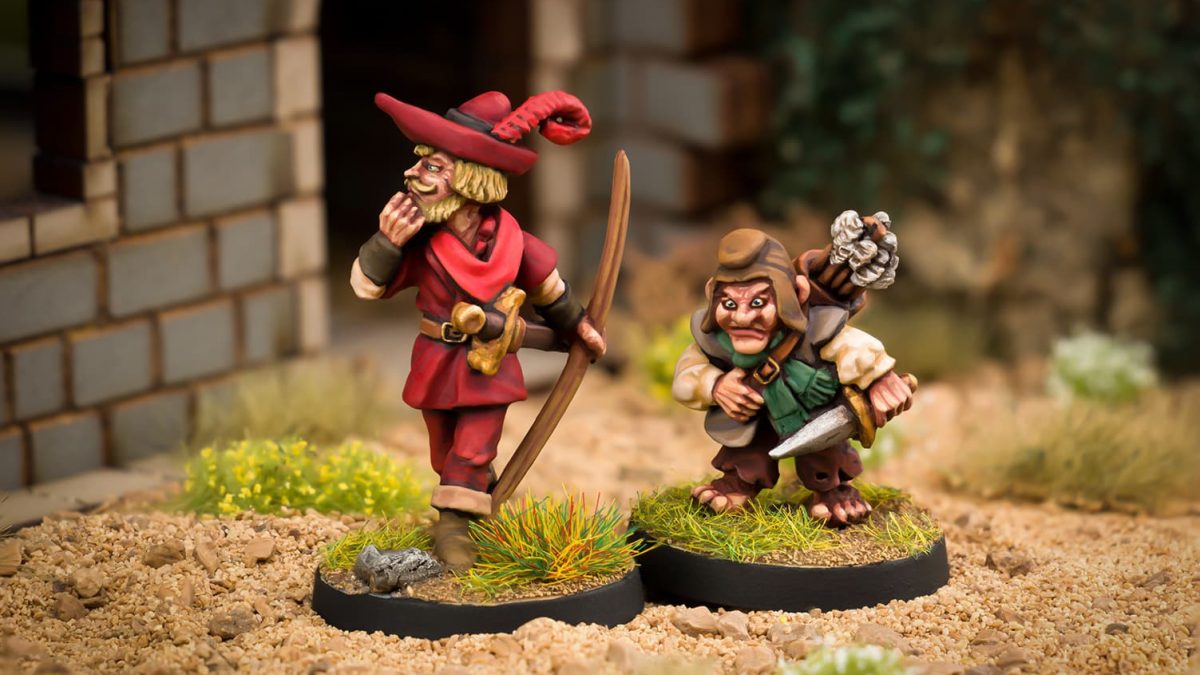 Sly Ralph may be a cad, but he’s no idiot.
Whilst he’s a fool for the ladies, he’s nobody’s fool.
Cunning, observant and quick-witted, his foppish demeanour is little more than a façade intended to lure would-be enemies into a false sense of security.

The drab halfling ruffian that is ‘Big Tiny’ on the other hand, is the garishly dressed Sly Ralph’s counter in every way.
Where Ralph exercises caution, Tiny is impulsive, careless and just a little bit criminally insane.
Where Ralph is cunning, Tiny is guileless, and where Ralph is charming and urbane, Tiny is blunt and more than a little rude.
More than once has Sly Ralph had to extricate Tiny from yet another fight; a fight…it must be said… usually caused by Tiny’s big mouth, lack of manners and, an irresistible urge to stab things.

For all his failings, however, Tiny is a spirited scrapper.
What he lacks in wits he makes up for in pluck, and he is quite the talented backstabber;…lack of stature notwithstanding.
Ralph, however, is a dashing marksman, preferring to pin his foes to various trees, doors and walls with well-placed arrows and a stinging put-down.

Many have questioned just why Ralph even gives Tiny the time of day; a man of Ralph’s stature (…imagined) and wealth (…supposed) could afford a much better-qualified caddy for his quiver, surely?
Well yes, he could, but Ralph’s father bequeathed Tiny to Ralph on his deathbed with but one instruction; ‘For heaven’s sake, don’t let that little swine out of your sight. Heaven knows what he’d do if left to his own devices!’

And so grumbling and cursing, Big Tiny continues to follow Sly Ralph this way and that; the adventurous dandy in the grip of his ongoing wanderlust, and thirst for adventure.
One day Big Tiny will get his wish, and be allowed to settle down in a delightful village somewhere extorting beer money from the locals.

Until then, Ralph has a new contract.
Something about hunting for Nightfolk in the Darkewoode…sounds easy – I mean, what on earth could go wrong? 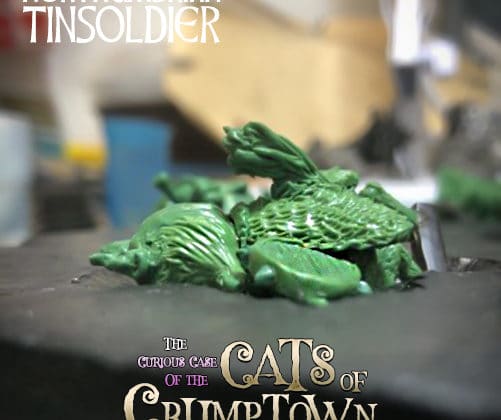 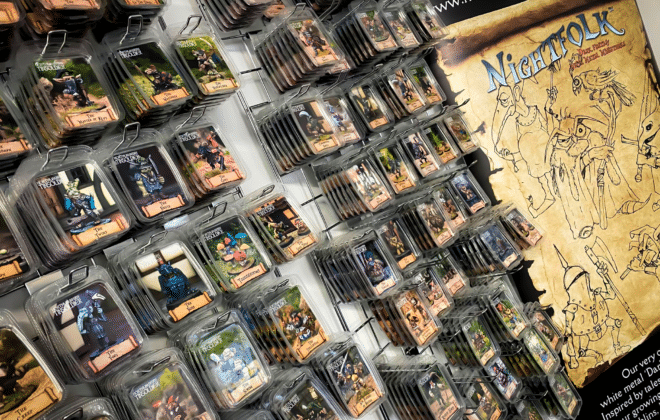 has been added to the cart. View Cart
Have no product in the cart!
0