View basket “Warhammer Underworlds: Nethermaze – Rivals of Harrowdeep” has been added to your basket.

Kill Team is a fantastic standalone game from Games Workshop, set within the Warhammer 40,000 Universe. Kill Team is a fast-paced, action-packed tabletop game that puts two deadly kill teams against one another in a ferocious battle to the death. Games can be as swift as a 40-minute skirmish or can be extended into a full-scale campaign. Every game you play develops your squad, improving their abilities and expanding their skill trees, even the lowliest trooper can grow in power, skill and experience to evolve into a battle-hardened warrior.

The Kill Team rules can be compared to those from Warhammer 40,000 as both are geared towards fighting in the 41st Millennium, both deal with a lot of the same core systems and general principles. Warhammer 40,000 is on a larger scale than Kill Team and concentrates on the grand plans, sweeping manoeuvres and the clash of massive armies, whereas Kill Team is all about moment-to-moment action. 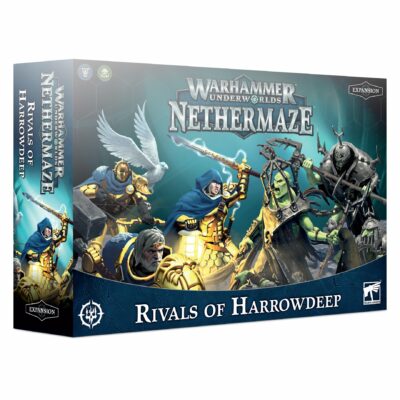