View basket “Aeldari: Maugan Ra” has been added to your basket.

The Autarch from the Eldritch Omens boxed set is available separately for the first time. The ideal battle leader for any Aeldari army, they balance strategic brilliance with martial skill. Their Path of Command aura lets nearby CORE units re-roll attack rolls of 1, and they allow your army to use the Command Re-roll Stratagem twice during each phase.

The kit comes with options for a star glaive, a Scorpion chainsword, a shuriken pistol, a Reaper launcher, a Dragon fusion gun, and a death spinner. You may also give your Autarch a Banshee mask or assemble them without a helmet, and you get male and female torsos. It’s fully compatible with the existing Autarch kit, and thanks to the newly updated datasheet, you can construct the Autarch of your dreams. 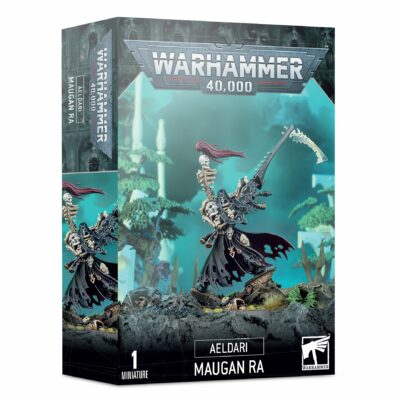