Set in the third great age of the Mortal Realms, Age of Sigmar is a fantasy-themed miniature game produced by Games Workshop. The Mortal Realms are the dominions of gods, tyrants, monsters and ghosts.

Though but a fraction of the Mortal Realms has been wrested from the stranglehold of Chaos, there remains hope for a better dawn. New settlements are raised upon every frontier as the God-King seeks to expand and consolidate his empire. Yet the ominous boom of war drums echoes on the horizon as a new foe rises to meet him; This is the Era of the Beast, and the hordes of destruction are on the march.

View basket “Age of Sigmar: Start Collecting! Slaves to Darkness” has been added to your basket. 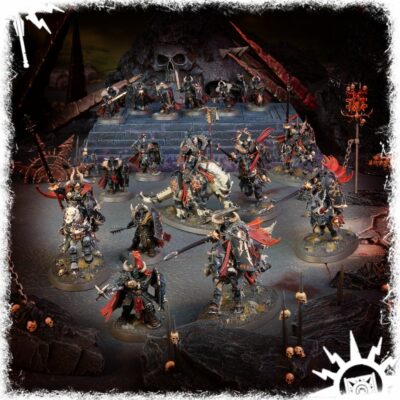