The setting of Warhammer 40,000 is violent and pessimistic. It depicts a future where human scientific and social progress have ceased, and human civilisation is close to collapse due to war with hostile alien races and occult forces. It is a setting where the supernatural exists, is powerful, and is usually untrustworthy if not outright malevolent. There are no benevolent gods or spirits in the cosmos, only daemons and evil gods, and the cults dedicated to them are growing. In the long run, the Imperium of Man cannot hope to defeat its enemies, so the heroes of the Imperium are not fighting for a brighter future but “raging against the dying of the light”

View basket “Aeldari: Shining Spears” has been added to your basket. 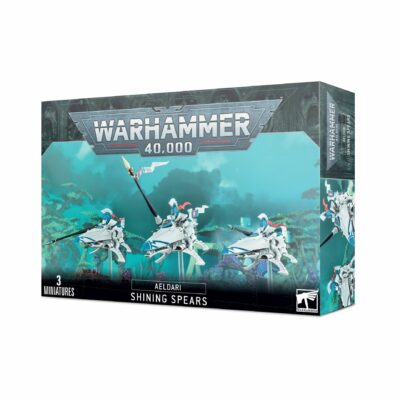